Have you got a communication plan for the unexpected?

Many households in the area where I live have today been affected by a lack of water – apparently it was something to do with a problem at the local reservoir and it has given the water company a chance to demonstrate their abilities with customer communications. As it happens, my house isn’t one of ... Read more 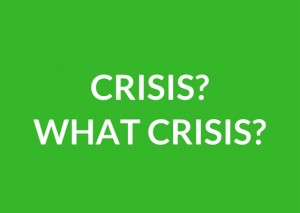 Many households in the area where I live have today been affected by a lack of water – apparently it was something to do with a problem at the local reservoir and it has given the water company a chance to demonstrate their abilities with customer communications.

As it happens, my house isn’t one of the ones that has been affected, but by all accounts the company has put out messages on their website and social media and asked local residents to share the information with others. I haven’t been directly impacted, but the messages have reached me through social media (and a text from my mum!).

Now, I’m not privy to how the logistics of this communication exercise worked in practice at the water company’s offices this morning: I don’t know whether the comms team were rushing around like crazy or whether they had planned for this scenario and had standard text ready to go. But having worked in comms teams at times of crisis in the past, I know what would have felt more comfortable and would have been more effective.

Communication processes and standard text
In September I attended the Public Sector Communications Conference and one of the speakers was from the communications team at the Met police. He gave a fascinating presentation about how they prepare for crisis communication. They have detailed communication processes and standard text that has already been approved and is ready to go at the point when it is needed. There is no delay while they wait for senior people – who are often being pulled in many directions at a time of crisis – to approve wording before it is used.

One of the main reasons for this approach is the need to make sure that the police can be an assured, balanced voice in a communication context that allows for messages to spread and proliferate at an unbelievably fast pace. The pre-prepared text includes messages such as ‘we are aware that something has happened and we are investigating – keep following us for updates’ and ‘if you have photos or videos, please upload them here’. The comms team then has the time and space to work on the information and messages that are specific to the incident itself.

Plan for potential scenarios
I recommend that all communication teams should take some time to think about potential scenarios that could arise in their organisation and how you might deal with them. This goes further than the crisis comms plans that look at how you would get information out to your staff in the event of x, y or z situation. I think you should think about those unexpected situations that have the potential to impact an audience group and the messages that you know you will need to provide at different stages.

For example, a few years ago I worked with an IT department to put together communication ‘packs’ that they could take off the shelf and use if the data storage migration they were planning hit certain issues. They recognised that whilst they hoped to avoid these potential situations, it was better to accept that they might arise and be prepared for the ‘unexpected’, rather than trying to put together clear, appropriate messages at a time when there would be a lot of pressure from other sources. So I wrote clear communications for each potential scenario and their senior people signed them off, ready to go without delay.

What situations do you need to prepare communications for at your organisation? Get in touch if I can help you prepare.