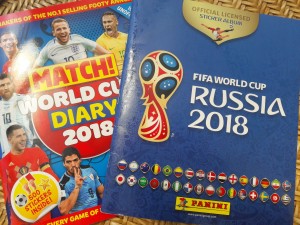 Football fever has struck the Browning household again with the kick-off of the women’s World Cup in France. Watching the Lionesses play their first match from the stands in Nice, I was reminded once more of the importance of good (and bad) communication in determining the final score. Here are a few observations I wrote during the men’s world cup last year:

My thoughts have turned to the communication lessons we can learn from the world around us. The winning and losing teams in Russia are yet to be revealed – although there’s no shortage of opinions and predictions – but you can guarantee that as well as skill and luck, good communication will play a key part in who lifts the trophy and who takes an early flight home. There are many ways in which the communication skills of the managers, players and even the fans will be important. And here’s my top tips to learn from:

So that’s my take on it – what’s yours? Whether you’re counting down to every kick off or refusing to join the office sweep-stake, there’s something for all of us in the World Cup. And if you’d like help in working out how these lessons can be applied in your organisation, please get in touch for a chat to see how we could work together.

This blog piece originally appeared at the time of the last World Cup – the lessons still hold true, so I adapted it for this one!