I have another great guest piece to share with you this month. Diversity and inclusion consultant, Ellie Highwood, explains how important it is for communications teams to work closely with equality and diversity teams. Together you can support your organisation or institution to be a positive place for all. There is one sure-fire way to ... Read more

I have another great guest piece to share with you this month. Diversity and inclusion consultant, Ellie Highwood, explains how important it is for communications teams to work closely with equality and diversity teams. Together you can support your organisation or institution to be a positive place for all. 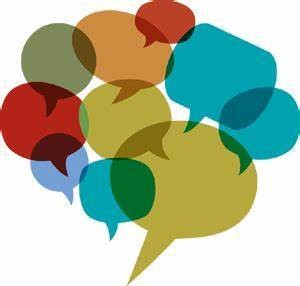 There is one sure-fire way to guarantee that your Diversity and Inclusion project will fail – lack of informed and sensitive communications. Whether it is to the Board, the employees, the staff networks, clients or stakeholders, communications can make or break the inclusion efforts.

Equality, Diversity and Inclusion (EDI) is one of the fastest growing HR specialisms in the UK. I joined that tribe in 2015 to spend the next four years developing and implementing diversity and inclusion strategies and actions across a fascinating but complex university environment. I expected a steep learning curve in both subject knowledge and how to influence the Board. I didn’t expect to be working hand in hand with our communications team most days of the week and to end up with them on speed dial!

Diversity and inclusion is a high risk, high reward activity. Get it right and individuals are happy and more fulfilled and the organisation thrives and even builds a reputation as a sector leader. Get it wrong and at best nothing changes.

Reputational damage from initiatives that are poorly communicated and therefore misunderstood (e.g. Good Lad training) , or from unforeseen events (student society antics, bullying accusations etc) not only harms the institution but also undermines diversity and inclusion work in general. Having a pro-active communications team who “get” diversity and inclusion, makes EDI roles more effective, and less stressful.

1. Diverse communication of the “why” of EDI

These days most organisations of any size have a diversity and inclusion, or equality and diversity strategy. Despite the growth in EDI professionals, inclusive cultures cannot be brought about by one person. You need to bring a whole host of people with you. Preferably you want to enlist energy and enthusiasm from employees and establish championing from the most senior levels.

But different groups are motivated in different ways. In my previous organisation this could be summarised as:

I learnt very quickly that not everyone will follow diversity and inclusion blogs or twitter feeds. It’s usually the already enlightened and committed that choose to engage of their own accord. So the second big impact of the comms team on our work was simply reposting and retweeting the diversity feeds on the main organisational channels. This brought additional, mostly positive, interaction with our events and requests for engagement.

3. Proactively watching your back

My job share and I set out in EDI with the slightly unusual aim of trying not to do anything that landed us directly in the tabloid press. Looking back, I think it was possibly only thanks to the comms team that we managed to do this.

Yes, the organisation did attract some press for diversity related issues – but this was generally not anything directly to do with our initiatives. Sometimes it was not actually anything we were involved in or aware of at all, and the first we knew would be something on social media.

The comms team became my early warning system for anything that was about to be a sink of my time and energy.

A good example of where the comms team took it upon themselves to sort out a potential crisis was a social media campaign in response to criticism of our decision to make scholarships available for refugees. #jogon subsequently went viral on Twitter and raised additional funds to provide materials for the scholarship students.

I definitely wouldn’t have been comfortable responding this abruptly, but the communication team called it right and it certainly produced positive coverage for the institution and the scheme.

In summary – communication, and a pro-active and on-side communications team is essential for every diversity and inclusion professional.

Ellie Highwood runs her own Diversity and Inclusion consultancy, Equasense, where she enables meaningful conversations, strategies and actions that help organisations become successful places where everyone thrives. Data analysis, training and workshops, action planning and coaching. Formerly Dean for Diversity and Inclusion and Professor of Climate Physics at the University of Reading.