How to handle CAVE dwellers

Every organisation has its CAVE dwellers. You know, those people who greet every new initiative, improved process or attempt to build excitement with snorts of derision. “We have seen it all before!” “What a lot of tosh!” “That will never work here.” They are, in short, Constantly Against Virtually Everything. CAVE dwellers. I first came ... Read more 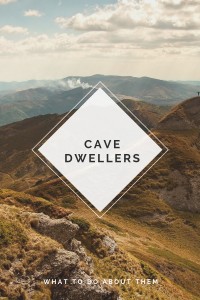 Every organisation has its CAVE dwellers. You know, those people who greet every new initiative, improved process or attempt to build excitement with snorts of derision.

“We have seen it all before!”
“What a lot of tosh!”
“That will never work here.”

They are, in short, Constantly Against Virtually Everything.

I first came across this term at an internal comms conference a few years ago. As well as making me smile, it really struck a chord; with me and with every other internal communicator in the room. Finally, an acronym we could get on board with! To represent a phenomenon that we have all experienced, many times.

“Bring back Icarus!”
15 years ago, when I worked at Cancer Research UK, my colleagues and I would carry out regular surveys to check the effectiveness of our internal channels. The charity had been formed from the merger of two smaller organisations a couple of years earlier and it was particularly important to make sure that our communications were as effective as possible.

And every single time we sent out the survey, we had a response from someone who would claim that the only way to improve communication was to bring back the staff newspaper of one of the former charities. They solidly refused to give the new internal magazine a chance – or any of the other channels designed to keep them informed and encourage engagement with the newly-formed charity that they were now part of.

It was as if they seemed to genuinely believe that sooner or later we would say ‘do you know what, you’re right. Let’s forget this merger business and go back to two separate charities’.

As internal communicators, we have all announced exciting new projects or plans, only to be met with crossed arms, rolled eyes and muttering to a neighbour. When you believe – know? – that this new approach will make a genuine, positive difference to the organisation and those who work there, it can be incredibly frustrating to get this response.

So what should you do when confronted with these CAVE dwellers?
It can be tempting to adopt one of two approaches:
– Assume that they are stupid and don’t know what they are talking about, so dismiss them out of hand.
– Spend a lot of time on efforts to persuade them to change their minds and get on board with your initiative.

However, I believe that there are 3 key questions you need to take into consideration before you decide what to do:

1. How influential are they?
If your CAVE dwellers are listened to by their peers, this can cause you wider-reaching problems and you need to find ways to get them on side. On the other hand, if they are lone voices that no-one really listens to, you may not need to worry about them too much and can simply manage them in a low-key way – try providing regular information that is simple and factual, with a neutral tone, so that they are drip fed facts.

2. Do they have a point?
Their style and approach in communicating their views may not be ideal, but sometimes the experience of your CAVE dwellers, built up over many years, can highlight genuine concerns. There may be reasons for the failure of previous initiatives that you weren’t aware of and that this group can help you to identify. We all know that pressing on regardless, ignoring previous issues, is not a recipe success. So do spend some time listening to your CAVE dwellers with an open mind, so that you can check whether their negativity has any truth in it.

3. Who do they listen to?
It is almost always the case that CAVE dwellers will not listen to or be influenced by messages that they perceive as coming from ‘the centre’. However, there may be a colleague or local leader who does have some influence with them and if that person is more on board with your work, they will be able to have a more effective conversation about it. Make use of those connections to get your messages through.

Once you have a clearer picture of what you are dealing with, it is much easier to devise a plan to minimise or even remove the potential damage that they can cause. If you would like help in handling the CAVE dwellers at your organisation, please get in touch to see how I can support you.